The operation came after the England and Wales Poaching Priority Delivery Group launched a national campaign titled Project Trespass on the 1 October 2013.


The aim of Project Trespass is to coordinate a response to poaching across England and Wales through:


Intelligence: to allow the police to target offenders


Enforcement: with good intelligence the police can target poachers through the various rural and poaching based operations run throughout England and Wales


Reassurance: by working together and by publicising resulting actions such as activity, arrests, seizures and convictions.

(Above taken from the National Wildlife Crime Unit website)

Anyone who sees anything which might suggest hare coursing or poaching is happening in the area should report it to police via the 101 number or 999 if the crime is in progress.

Here is what you should look out for:


Earlier in the day, PSCOs continued to visit houses and farms in the Wing area to give out security information and sign residents up to the Thames Valley Alert messaging service.  They also went along to the Community Hub at Ivinghoe. In total 250 houses and 11 farms were visited in Wing and 72 people signed up to Alerts.

About 100 days of action

Thames ValleyPolice have been working to tackle rural crime across the Force and improve the confidence within rural communities using proactive operational and crime prevention methods.

100 days of action is about highlighting this activity so you know what is going on both in your local area and across the Thames Valley. 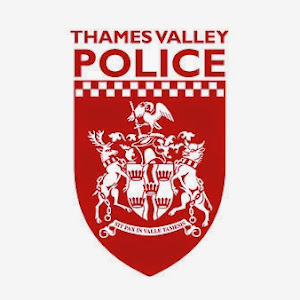 To report a crime in progress or for any emergency call 999.

To report a non-emergency crime or make a general enquiry please call 101.